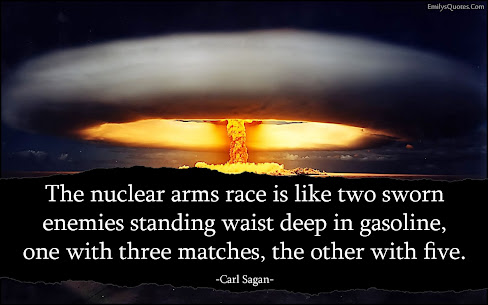 On Friday, August 26th, after four weeks of deliberations, the 10th Review Conference of the Nuclear Non-Proliferation Treaty (NPT) concluded with no final agreement. This should come as no surprise as the nuclear-armed nations, led by the United States and Russia (the two largest nuclear-armed nations), have paid lip service to the NPT since its inception.

Humanity has, for the past 77 years, lived under the nuclear Sword of Damocles, and no one can live under the constant threat of nuclear annihilation without suffering some mental anguish. It is quite likely that much of the mental illness suffered by people throughout the nuclear age has been caused by the knowledge of the threat of use of nuclear weapons, which would result in unimaginable horrors.

The nuclear-armed nations that are signatories to the NPT have all but ignored the intentions of the treaty by not only NOT pursuing "negotiations in good faith on effective measures relating to cessation of the nuclear arms race at an early date and to nuclear disarmament, and on a treaty on general and complete disarmament under strict and effective international control," but also by increasing and modernizing their arsenals and delivery systems over many decades.

In the case of the United States, we hear a never-ending droning-on about the proliferation of nuclear weapons by other states (eg, North Korea) while the US stonewalls when it comes to meeting its obligations under the NPT.

Once, when asked what he thought of the NPT and the prospects for global disarmament, Edward Teller, known as the father of the hydrogen bomb, criptically remarked, "If anyone wants a hole in the ground, nuclear explosives can make big holes." Robert Oppenheimer, who didn't live to see the NPT enter into force, was once quoted as saying, “It is perfectly obvious that the whole world is going to hell. The only possible chance that it might not is that we do not attempt to prevent it from doing so.” Both quotes indicate people affected by mental illness of one form or another.

With the understanding that the NPT was created by the nuclear-armed nations as a way of maintaining their nuclear hegemony and keeping other nations from possessing nuclear arms and,

In response to the 54 year failure of the bogus NPT to bring about total and complete disarmament and,

In response to 77 years of continuous threat of use of nuclear weapons, which would unleash horrors the likes of which are beyond human comprehension and,

In response to the mental harm caused to most, if not all, of humanity by the constant threat of human extinction due to nuclear holocaust and,

Since it is obvious that the governments representing the nuclear-armed nations have no intention of giving up their nuclear arsenals,

Be it resolved that an eminent group of mental health professionals have come together to create the Nuclear Age Depression Foundation (NADF). The NADF will provide resources to all interested parties in an effort to treat the billions of residents of Planet Earth who suffer from some form of depression resulting from the knowledge that we are all totally f____d.

More information can be found at https://theloosenukes.blogspot.com.

Posted by Leonard Eiger at 7:31 PM 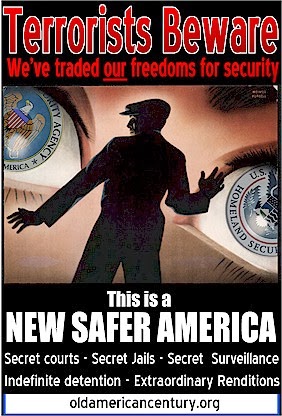 Where I do the serious work; Check it out!!!